When was the last time you went to see a doctor, not because you were sick… but to check-in and make sure you don’t get ill in the future?

If you’re like most people, the answer is… NEVER!

This is a big problem because it forces your doctor to prescribe pills that minimize your illness, instead of focussing on preventing your symptoms in the first place.

The fact we only go to the doctor when ill says a lot about the society we live in. It glorifies and encourages reactive decision-making, rather than tackling the root cause.

Corporate Philanthropy, like doctors, face the same obstacles: papering over cracks in the wall instead of knocking it down and building a stronger, long-lasting solution.

Because of this, I believe corporate philanthropy as we know it is dead.

In the article I’ll explain why (and how to fix it forever).

So what’s the problem?

As a society we set nonprofits up for failure. We judge them poorly if they have the audacity to set big goals. We want them to do good, but they must go about this in a certain way.

We want nonprofits to change the world, but only if they live hand-to-mouth and spend every single penny on the cause they support. This is insanity! It forces them to react with short term measures, instead of coming up with long term solutions.

Like the doctor forced to subscribe pills that mask pain, they aren’t given an opportunity to prevent this pain from happening in the first place.

The Backward Philosophy of Corporate Philanthropy

In his inspiring TED Talk, Dan Pallotta compares a Bake Sale to a Professional Fundraising Enterprise.

We applaud the community Bake Sale with only 5% of overheads, yet persecute the Professional NonProfit with 40% because we say they spend too much money on advertising and salaries.

This is shortsighted, because the only thing that matters is the size of the pie.

Dan argues it’s irrelevant how small the overheads are for the Bake Sale if it only nets $71, whereas the Professional NonProfit brings in $71 million because it invests in its growth.

We measure the success of charity, not on the actual impact it has, but rather how it goes about its operations. If it stays small and humble, always empty-handed because what comes in goes straight back out… it’s a success.

Yet if it consistently reinvests its donations back into the business, we deem it corrupt and immoral.

Does this make sense?

Can we really expect change if we don’t allow them to invest in change?

No! But this is the state of corporate philanthropy (and it’s been like this for decades).

The time has come to change this, and the only way is to allow for the rise of the philanthropreneur.

Where Capitalism and Charity Come Together to Make Corporate Philanthropy Work!

The for-profit sector plays to one rule book, and the nonprofits of the world play to another.

We encourage for-profit companies to make money, reinvest this money, spend it on advertising and scale their operations. The bigger they become the bigger impact they can have, and they are therefore successful.

Nonprofits, on the other hand, get told to not make money and reinvest it, not to scale too big or too fast, and to minimise their overheads.

All the while we task them to cure some of the world’s biggest diseases and solve the planets grandest problems.

This has to stop. We must allow nonprofits to operate on the same level playing field as for-profit companies, and encourage them to spend, invest and grow.

We need to STOP:

Instead, we need to measure their success against the actual IMPACT they have.

As Dan Pallotta says, it doesn’t matter what their overheads are or how much they spend on advertising, operations and growth. If they year-on-year increase their revenue and have a bigger impact, who cares.

It’s Time For The Rise of The Philanthropreneur.

So… what is a philanthropreneur?

It’s an entrepreneurial inspired approach to solving complex, large scale problems by addressing their root cause, all the while replacing band-aid based philanthropic models with self-sustaining solution based systems that align the R.O.I. of return on investment with the other R.O.I.

In other words, we allow nonprofits to perform from the same rulebook as for-profit companies.

We encourage them to scale, grow and reinvest their revenue so they can have an exponentially bigger impact over many years to come.

So they can finally start creating long term solutions, instead of short-term fixes.

We need to stop measuring their success on outdated metrics that set them up for failure, and instead measure their success against these two fundamental R.O.I.s:

This isn’t about how much they spend or give away… this is about the end result!

Let’s say your philanthropic model is to improve literacy levels in developing countries by donating books… You could measure how many books you give away each year, and the percentage of revenue you donate to this cause.

But what does this actually tell you? Not much!

Instead, what if you measured:

This is how you measure the Ripple of Impact!

But the only way to do this is to allow for long term-thinking, long-lasting solutions and a BIG vision.

How To Become a Philanthropreneur.

The old way of corporate philanthropy is dead.

If we continue to try and make it work we will never cure the diseases we’re so desperate to cure, solve the problems that threaten our planet and free more than 80% of the world's population from poverty.

We need to adopt a new outlook, and the rise of the philanthropreneur is where it’s at.

Reward those who get involved and develop a global culture of true transformation.

Right now, you can make a difference. Not only can you become a philanthropreneur yourself, but you can support others driving the Philanthropic community forward.

… with projects that empower the ethos of the philanthropreneur.

The rise of the philanthropreneur is upon us, and it’s time you joined the movement.

Get involved now, because the world needs you to leave a meaningful impact of “real” change.

Stop giving to outdated projects who try to make corporate philanthropy work. It doesn’t, and it will not.

There’s a new way, so if you would like to dive deeper into the next phase of philanthropy check out our Free Apprentice Classes to get you introduced to how philanthropy does work, and learn how to get started on your philanthropic journey. 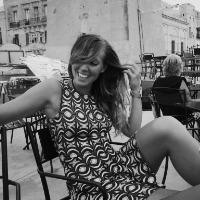 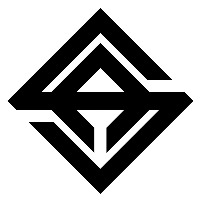